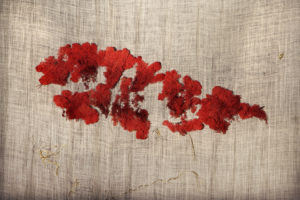 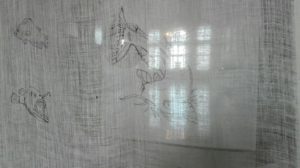 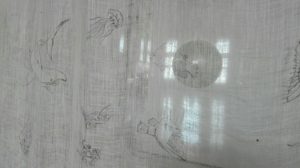 The Bed of God ends the time of the seven days of the creation of the world, according to the sacred scriptures of the three Abrahamic religions: Jewish, Christian and Muslim.
The genesis is rhythmed in the work by the creation of 6 canvases, to form a suspended bed, which represent the first six days of creation culminating, on the seventh day, with the deserved rest of God.
On the linen gauze Rosa Mundi outlines with the charcoal and the ink, day after day, the time of creation: the light that is born from the darkness, the lands emerged, the sky, the sea and the earth that are formed, the monsters of sky and sea, the plants and the trees, the heavenly vault, the creation of man and finally the rest of God represented with a glass sphere and mirrors that reflect everything and immanent look and live in all.
The Bed of God is also an ecumenical vision of great dialogue between the three main Abrahamic religions in the succession and birth of one from the rib of the other, highlighting their points of encounter, dwelling on their genesis. 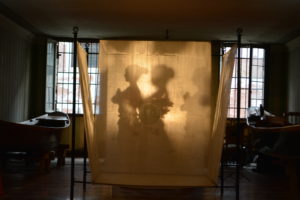 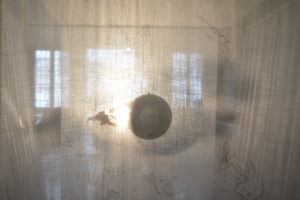 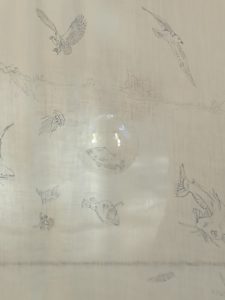