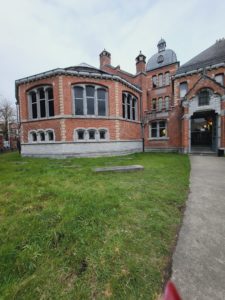 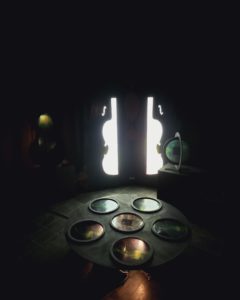 The Dance of the Jellyfish and the Poetics of Light di Guido Brivio di Bestagno
“Not women, but beings of an incomparable substance, translucent and sensitive, wildly irritable glass flesh”, wrote Paul Valéry in Degas, Danse, Dessin, a small, precious volume published by Ambroise Vollard in 1936. Whilst trying to capture the essence of the great painter’s dancers, Valéry could not help but conjure up, as if by magic, those “danseuses absolues” that are the jellyfish. Contrary to the marche-prose, their ecstatic dance is the embodiment of the poetry of human action, whose lightness and freedom, striving towards the pure act of metamorphosis, becomes a paradigm of artistic creation itself. It is impossible not to be reminded of this when observing the jellyfish that move tirelessly in Rosa Mundi’s works, animated by light, kneaded in glass and in the perpetual motion of the circular form, exhibiting the hasard of their unpredictable and metamorphic dance. if all of Rosa Mundi’s work is poetics and metaphysics of light, creation, and transparency, these jellyfish are its most impalpable and evident messengers, a miraculous point of contact between pure, tangible presence and ideal abstraction, between “moving body” and “thinking body”, in the weaving of a rhythmic mesh in which the dissolution of forms evokes the infinite possibilities of all future forms. It is in this way, as Edwige Phitoussi wrote about Valéry’s text which occurs even more authentically in the jellyfish of Rosa Mundi, that dance and thought are reunited, since both are arts of movement that aim to restore the flow of existence itself – its eternal, elusive becoming.